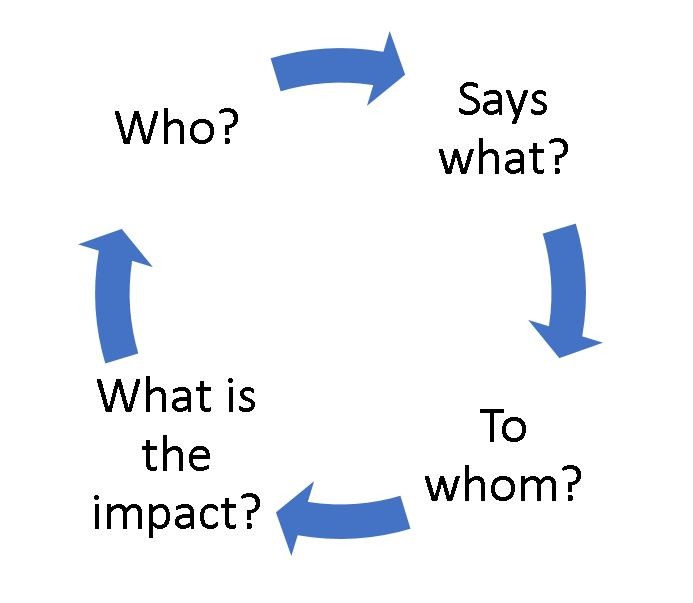 Communication is a complex process. Speaking well or forming good arguments is not sufficient to be a good communicator. In order to explain the complexity of communication, I often use the example of the "phone game" (formerly the Arabic phone game). The idea of the game is simple: participants take turns whispering a sentence from one to the next. The objective of the game is to get the message across without distorting it along the way, but part of the fun is that it usually ends up becoming distorted. Errors accumulate as each person transmits the message along, so that the sentence spoken aloud by the last player differs significantly from that of the first player, usually with a fun or humorous effect. This game is exceptionally effective to demonstrate how communication in action can deteriorate.

Communication is by its nature a source of unintended ambiguities and distortions. Although this is amusing when you play this game, it is less amusing when this distortion occurs during more serious exchanges, or even during professional communications. How many times have we been certain of what we have said, yet so surprised when we realize how the receiver has understood or interpreted our words? Your own experiences have probably taught you that even though you have transmitted a message, it is not always correctly interpreted.

Communicating is not just an exchange of information; it is conveying a message to another person (or group) in order to be understood. Communicare in Latin means to share, to exchange, to consult one another, to confer, to participate in...it means to get into contact with another person.

This cannot be done alone, as an interaction is necessary. Any interaction implies that our own frame of reference is related to that of the receiver, since their own frame of reference contributes to the communicated message’s meaning. As stated by Timm (1980), in order to create ideal conditions for communication, it is important to remember that "We must expect to be misunderstood by at least some of our receivers and we must expect to misunderstand others; we can try to reduce misunderstanding, but we can never eliminate it altogether. When we anticipate that we will not be properly understood, we are more attentive to clarifying and listening. When we recognize the impossibility of eliminating all misunderstanding and anticipating all the reactions, we recognize the reality ".

But recognizing that communication has its limits does not preclude trying to achieve the best communication possible. Efforts should be made to reduce interference that hinders the transmission of the message. An effective communicator anticipates possible failures in the communication method and the many ways in which the message can be understood.